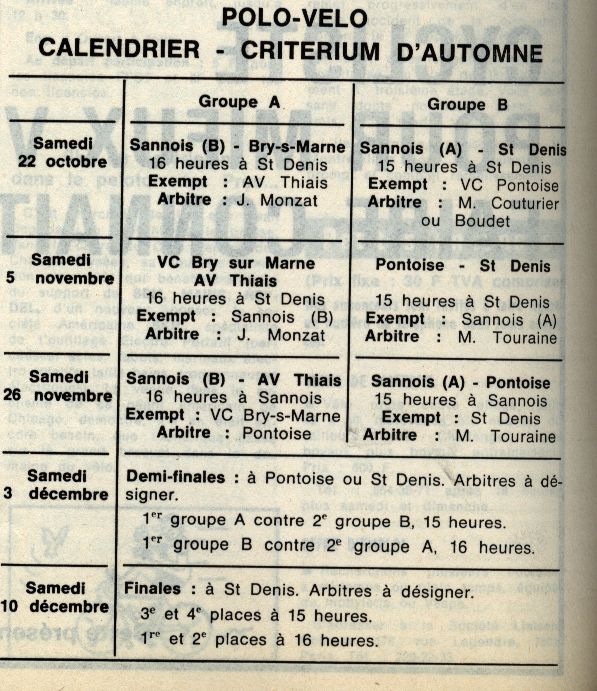 The 1983 Autumn Criterium has been organised between Saturday 22 October and Saturday 10 December 1983 at the velodrome of St-Denis, in Sannois and in Cergy-Pontoise, France.

This tournament has been played under a "Cup format" and was an introduction to the Ile-de-France Cup which will be held from 1984.

This tournament was the first true bike polo competition since 1960 where the A.C.B.B. played in semi-final of the France Championship for the last time.

The pioneer teams which played this tournament will then dominate the regional competitions for a long time, especially the V.S. Sannois-Franconville and the V.C. Bry/Marne, which will keep the first places of the Ile-de-France championship and of the Ile-de-France Cup until 1988. New teams starting from 1984 will need several years before taking the advantage upon these two pioneer teams.

In this 1983 Autumn Criterium, six teams from five clubs have been diveded in  two groups of three teams each:

The two best teams of each group have then played semi-finals and finals.