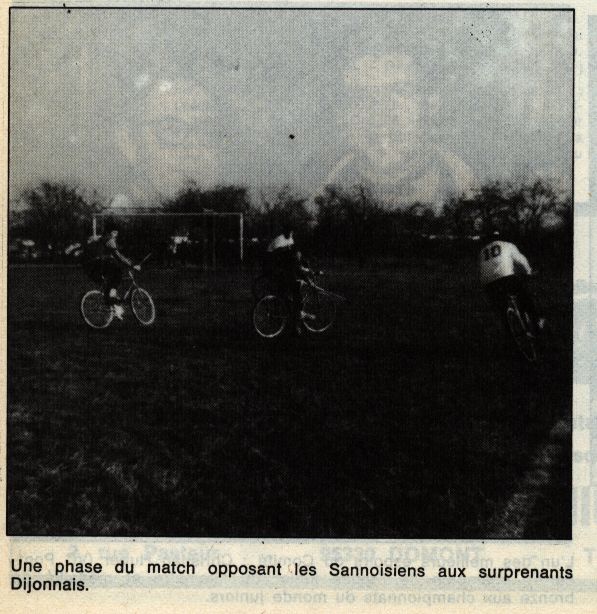 After the Sannois Tournament held in February 1983, the first Le Plessis-Bouchard Tournament has been organised by the V.S. Sannois-Franconville with the help of the V.C. Cergy-Pontoise on Saturday 19 and Sunday 20 November 1983 in Cergy-Pontoise and in Le Plessis-Bouchard, Oise Valley, France, under the light of the Bike Polo Commissions of Ile-de-France and Normandy.

9 teams coming from Burgondy (1 team), Ile-de-France (4 teams) and Normandy (4 teams) played this tournament. They were divided in 3 groups of 3 teams: 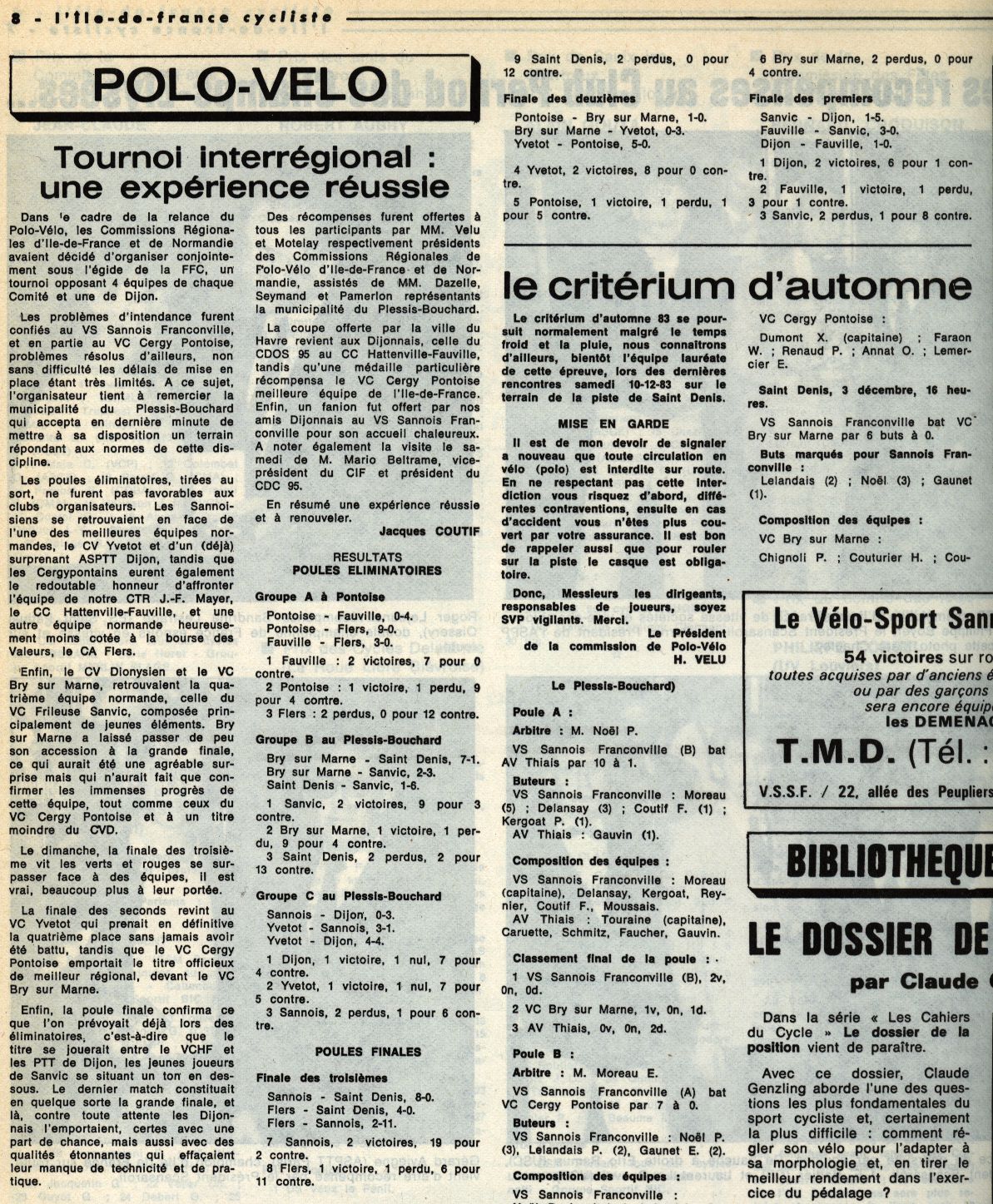