The Chelsea Pedallers organised two bike polo tournaments at the Hurlingham Park in London Friday 25 and Saturday 26 July 2008 for celebrating the centenial of the 1908 London Olympic Games, O.G. where cycle polo was the very first olympic sport of demonstration. 13 July 1908, on the opening day, Ireland beat Germany 3 - 1 in front of Edouard VII, King of England, at the Shepherd's Bush stadium. 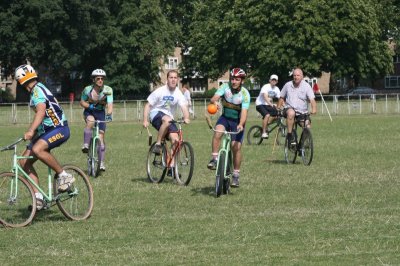 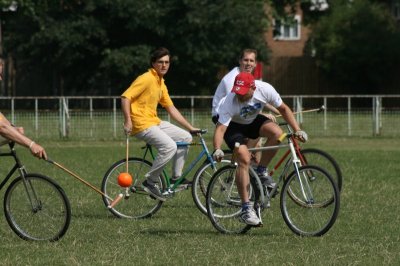 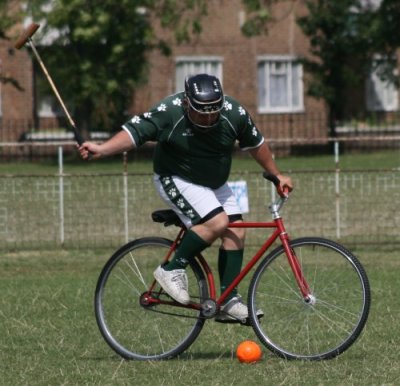 Definitive rank of the 4 player tournament: 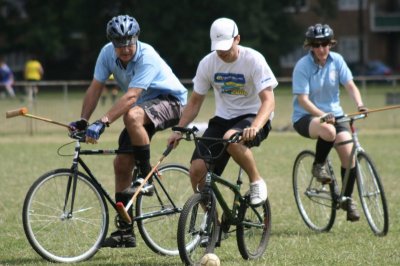 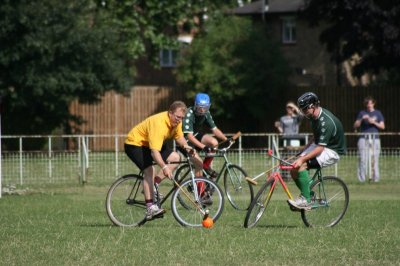 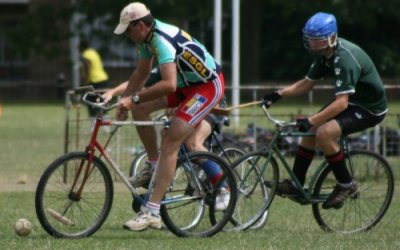 Definitive rank of the 5 player tournament: 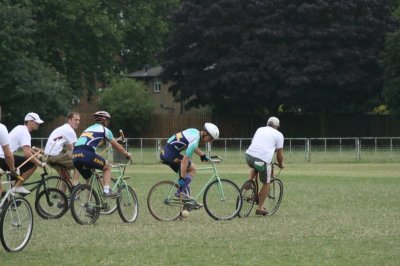 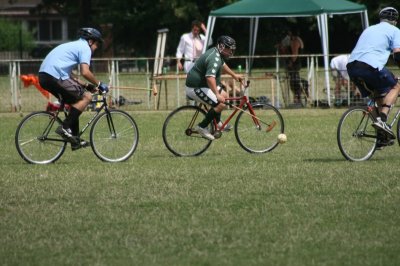 On Saturday 26 July afternoon, 16 teams, essentielly beginners in bicycle polo, have celebrated this centenial by playing a tournament played under the 5 player rules and sponsored by Jack Wills and Corona. French players of the E.S. Gervais-Lilas choose to be divided into various teams. 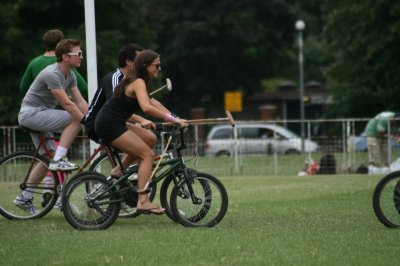 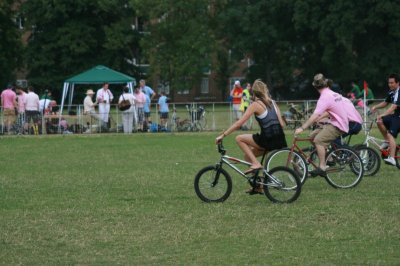 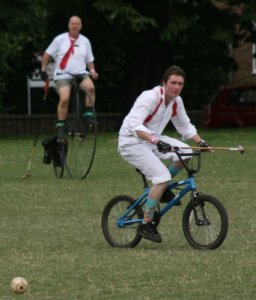 4) the Drinking Team with a Polo Problem