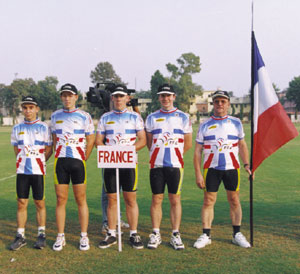 For the first time ever in the bicycle polo history, a French and a British team played the 3rd edition of the International Championship organised in New Delhi (India) from 12 to 15 October 2000.