This 6th tournament dedicated to under 15 players, now called TRJJ (Trophée Régional des Jeunes Joueurs de polo-vélo, i.e. Regional Trophy of Young Bike Polo Players) should have been oraganized initialy by the Parisis A.C. 95 but this club could not get the authorization to use the targeted field in Le Plessi-Bouchard for football reason... So, the Argenteuil V.S.C. 95 has organized this annual event in Argenteuil (Val d'Oise, France). 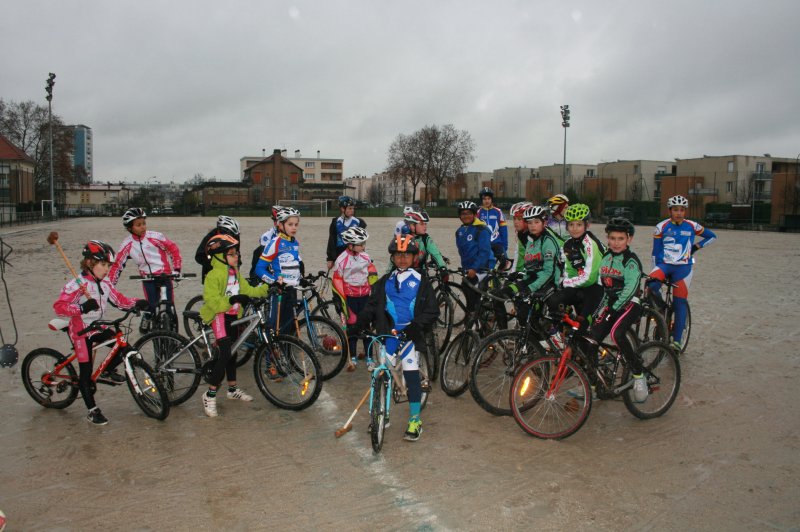 Despite the rain, despite three other organizations dedicated to under 15 cyclists (cyclo-crosses) in the same week-end and despite the short time to organize and promote the tournament (less than a week), four clubs from Ile-de-France came with a 4 or 5 player team on this 13 December 2014: the Argenteuil V.S.C. 95, the Paris C.O., the Parisis A.C. 95 and the U.S. Alfortville.

The referees for all matches were from Gervais-Lilas, Paris C.O. and the Parisis A.C. 95.

After an introduction to some body movements on and off the bike with the mallet and the ball, each team met the three others in short matches of 2 X 7 minutes each. 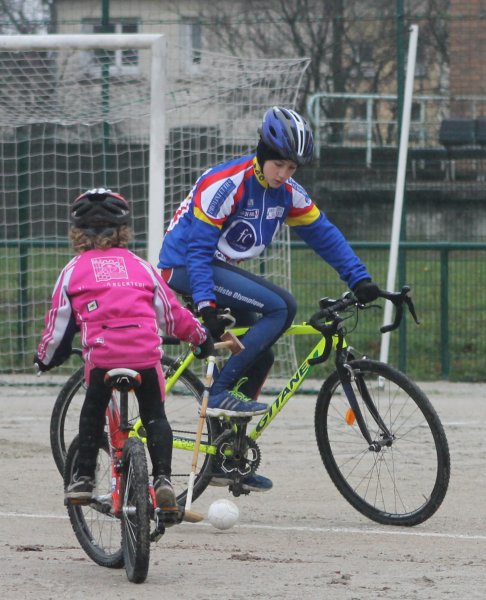 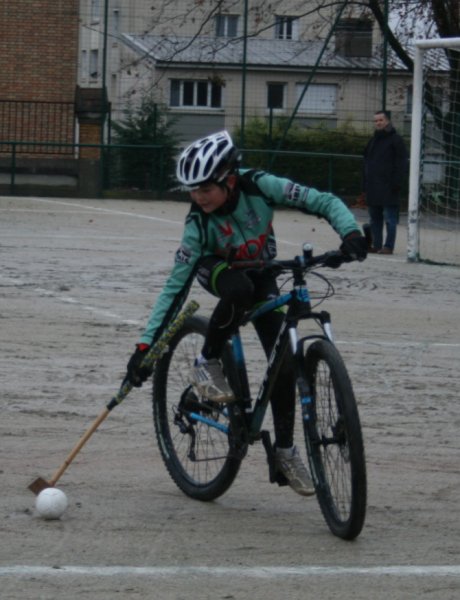 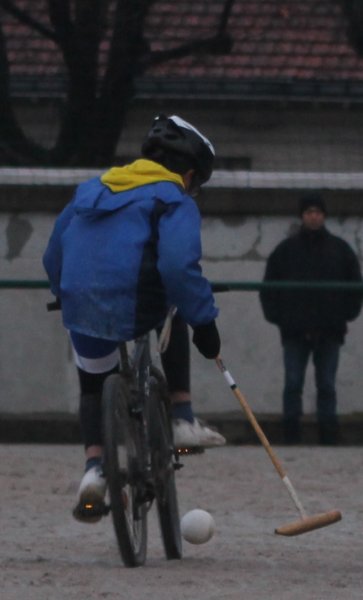 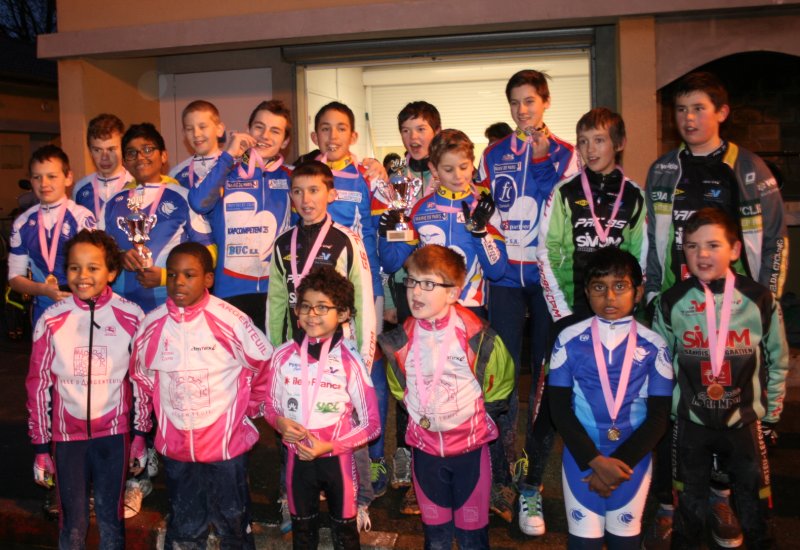