After the success of the two first editions, the Youth Commission of the F.F.C. Ile-de-France Committee decided to support a third bike polo regional tournament in the 2011 schedules of the bike schools. Even though there was "competition" with cyclo-cross events, arround 30 children aged from 6 to 14 and coming from four clubs (C.S.M. Clamart, E.S. Gervais-Lilas, Parisis A.C. and U.S. Alfortville C.) and from four districts (Hauts-de-Seine, Seine-Saint-Denis, Val de Marne et Val d'Oise) had fun in this third appointment.

The U.S. Alfortville C., supported by the Youth Commission of the F.F.C. Ile-de-France Committee and the E.S. Gervais-Lilas, has organised this event on the Toulon stadium in Alfortville on 8 October 2011. 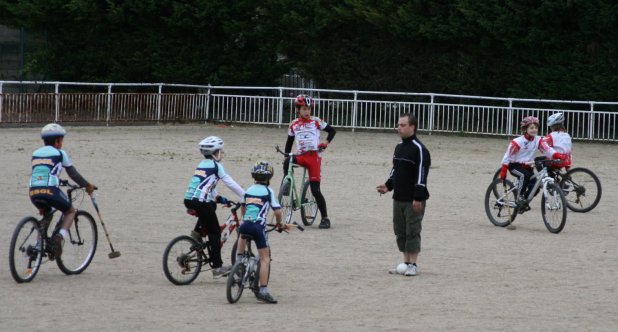 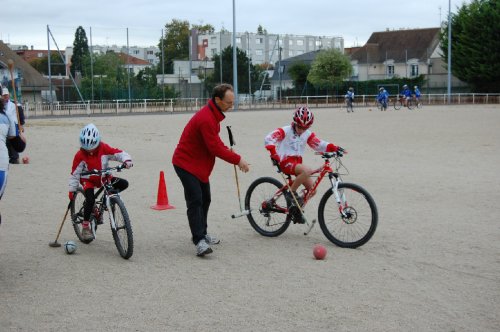 Since most of the young players had played bike polo in the past, this Saturday afternoon was divided in two parts: training for young cyclists and their coaches followed by the tournament itself. 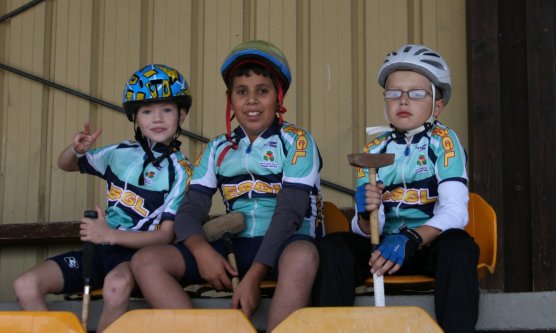 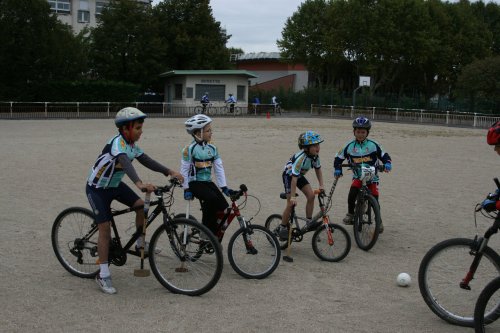 First, they used a mallet with a ball and without their bike. 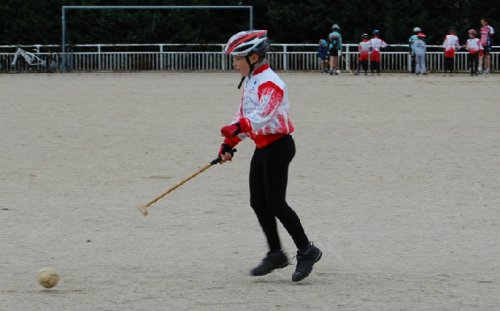 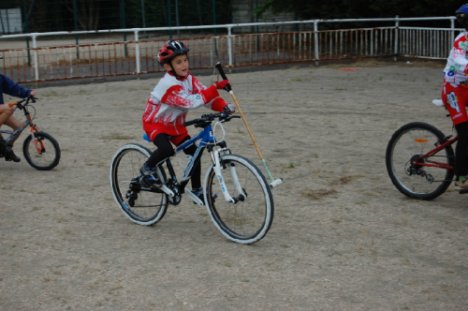 Then, they used their mallet on their mountain bike without ball. Finaly, they learned how to shoot the ball. 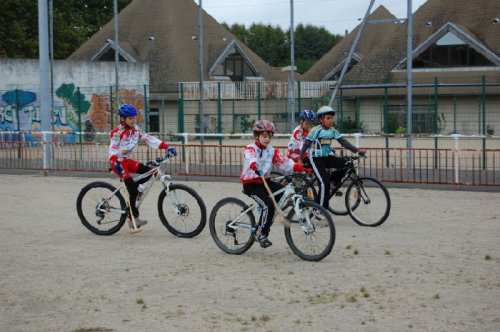 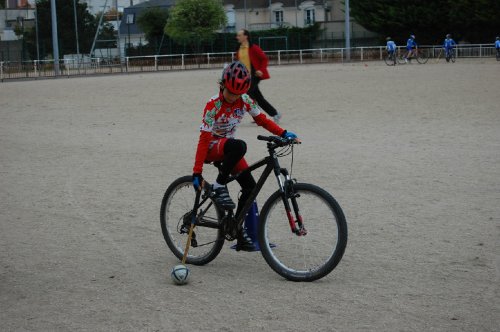 Many adults did not stay without moving: some of them tried to use a mallet and a ball with their own bikes. Some were in an adult mixed team in order to get 8 teams, i.e. four teams in two groups. 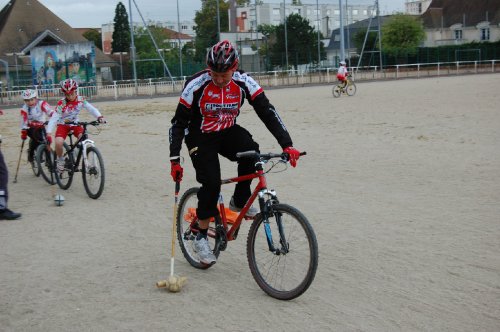 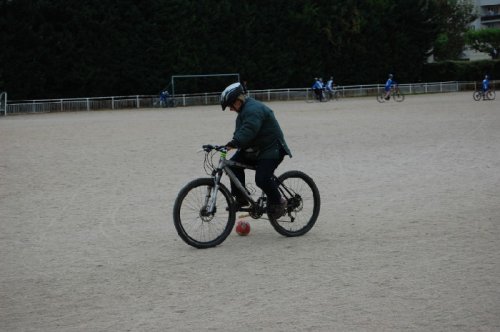 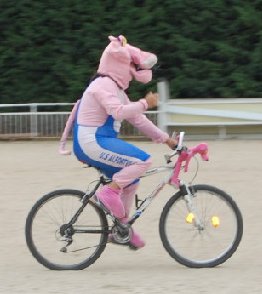 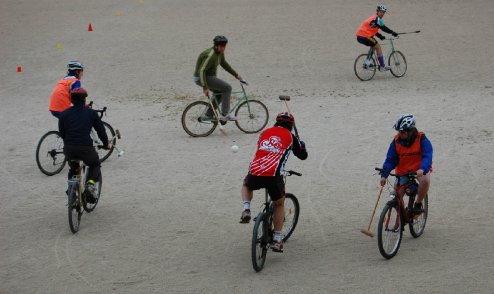 The coaches made 7 teams of 4 or 5 children. Even if the international 5 player rules were teached, the decision was taken to not put any goal keeper in any team in order to give more probabilities to children to score in the 2X7 minute matches. 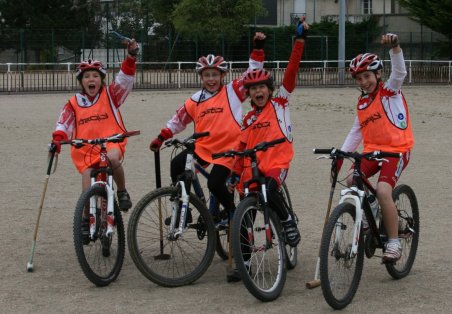 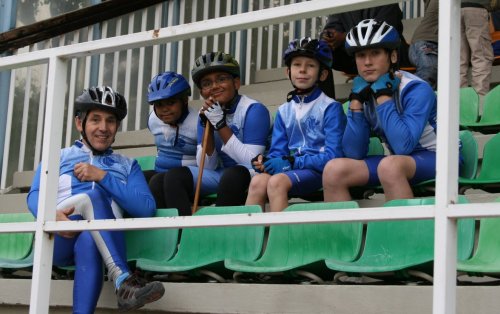 Each team met the three others in their group. 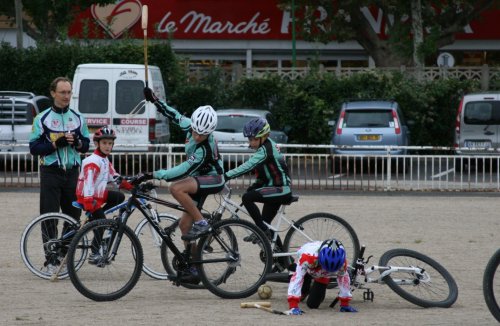 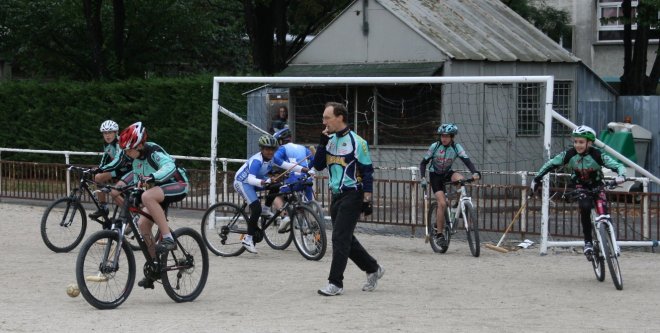 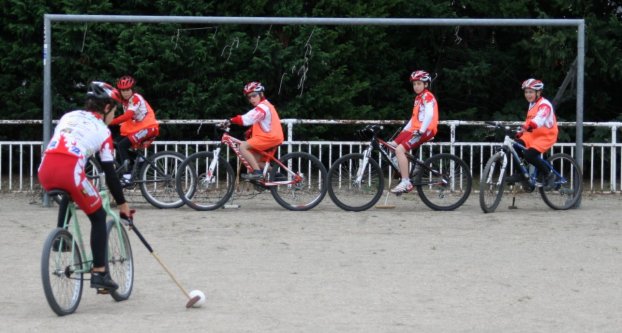 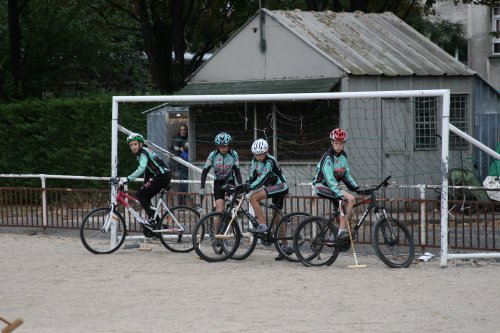 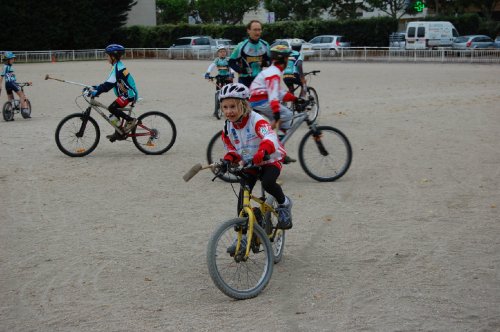 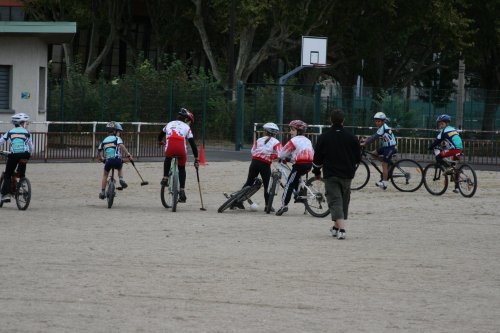 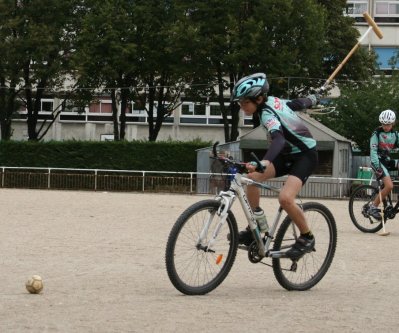 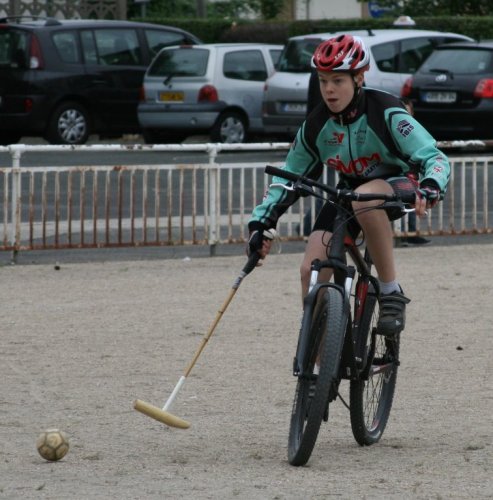 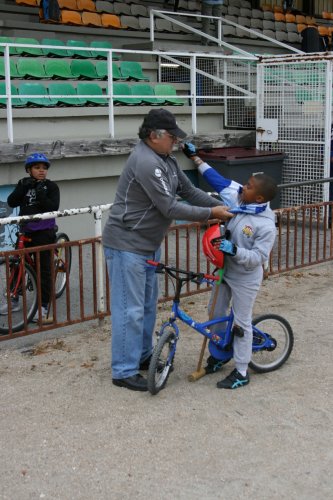 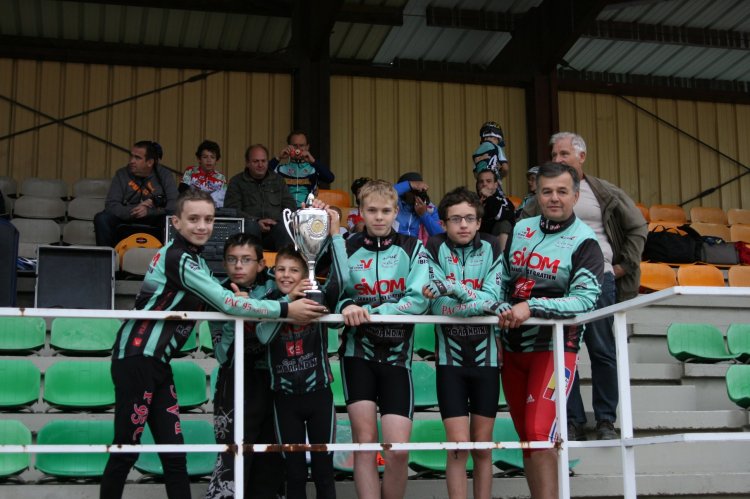 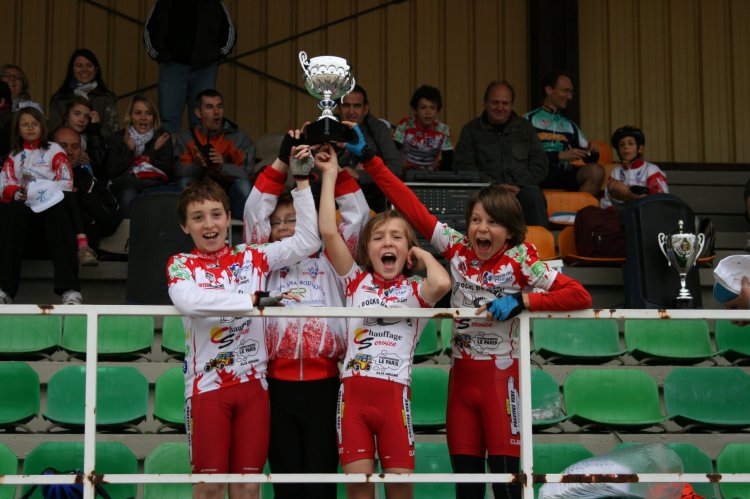 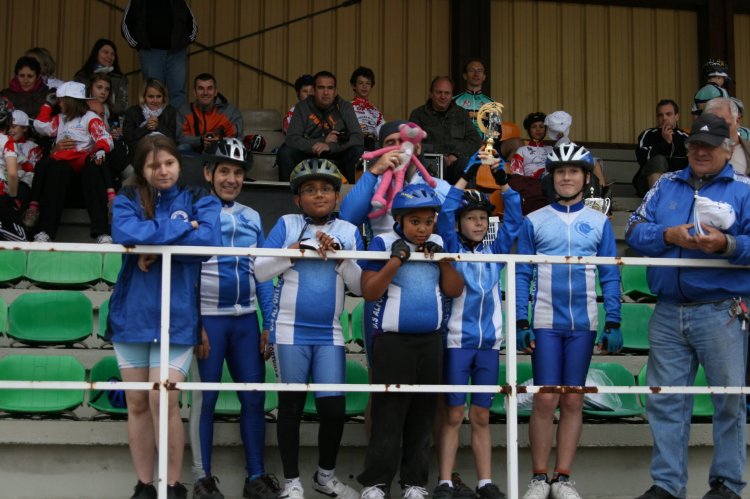 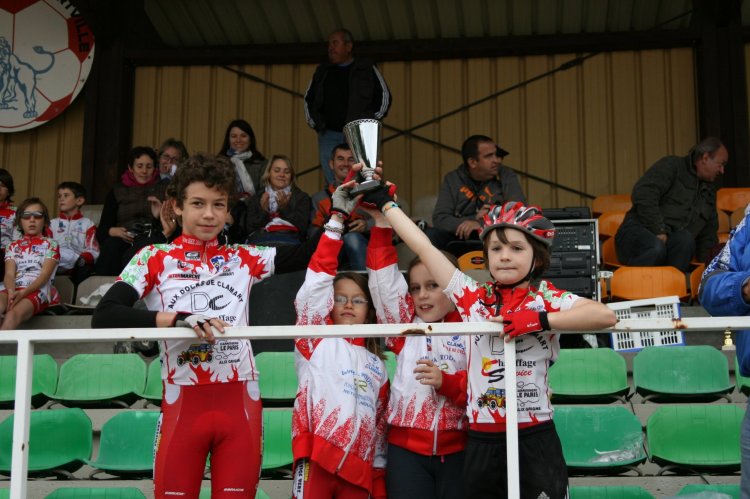 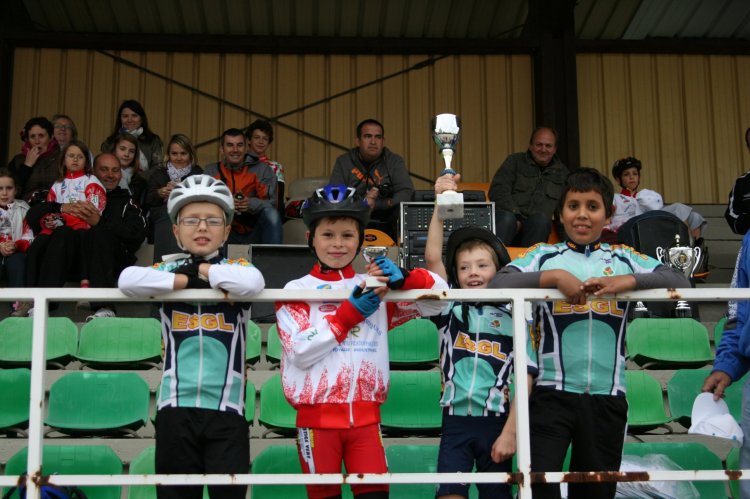 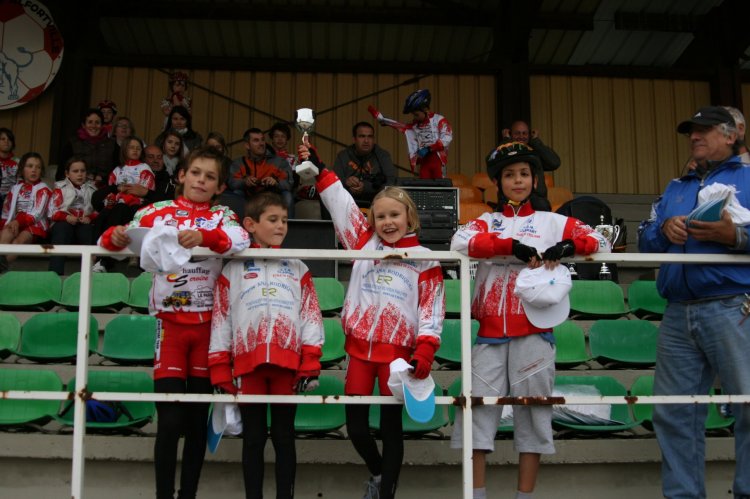 See you at the next tournament! 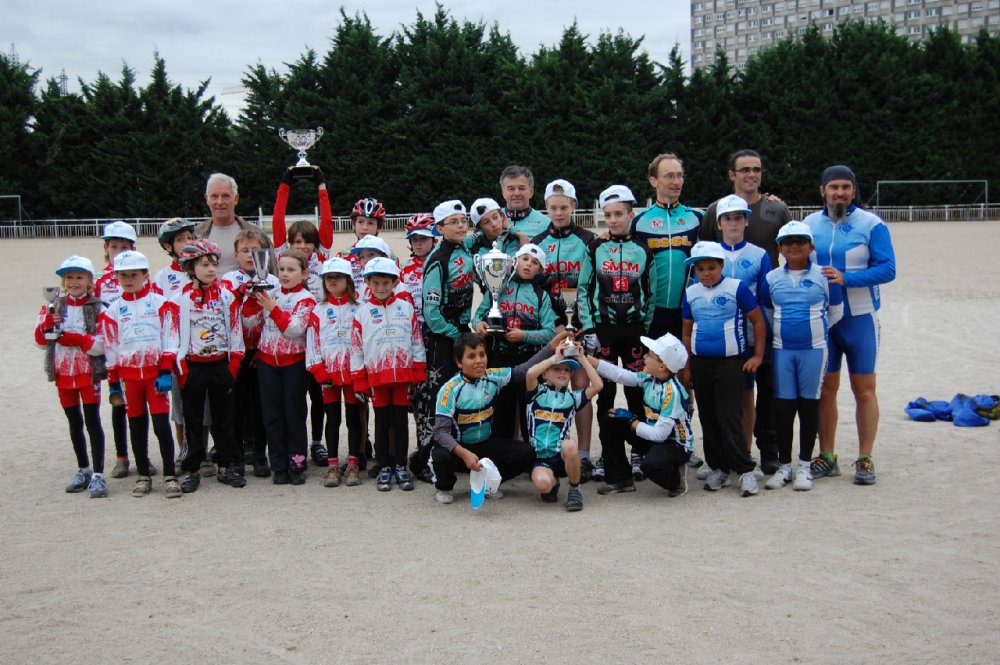