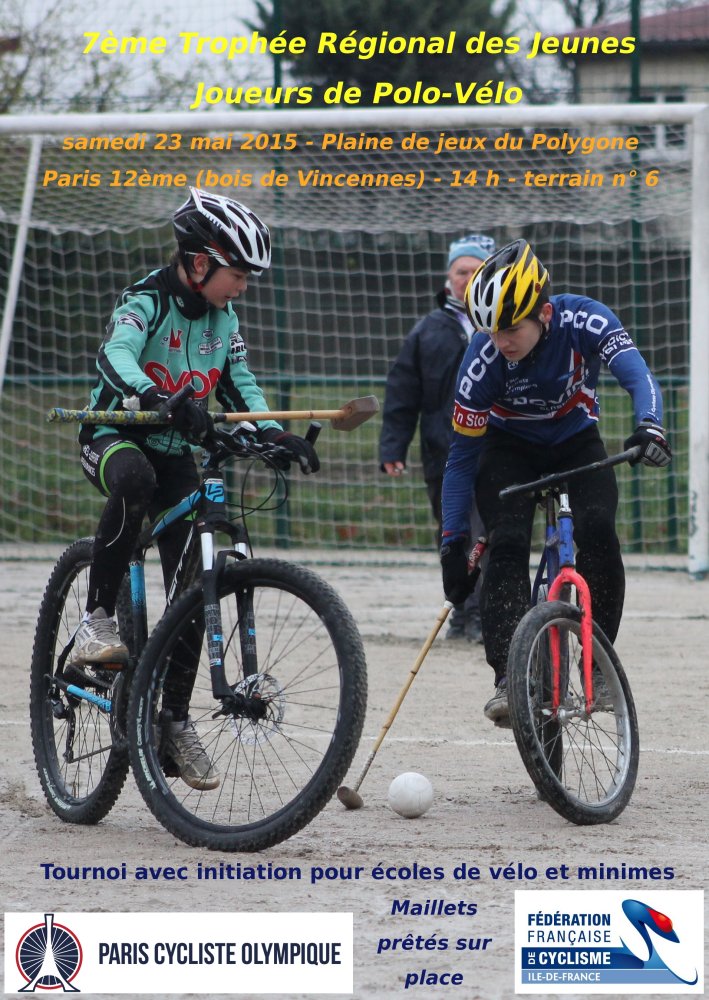 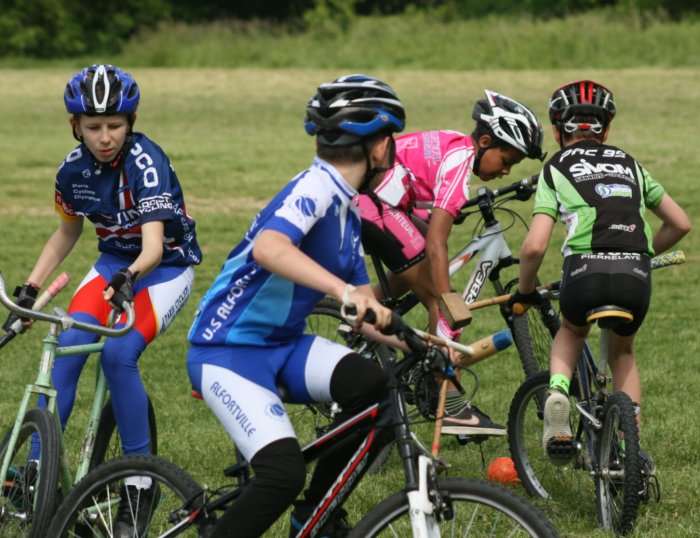 The referees for all matches were from Gervais-Lilas, Paris C.O. and the Parisis A.C. 95. 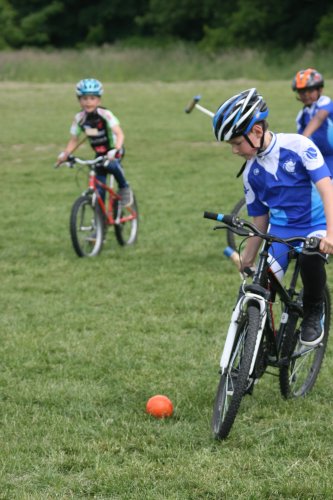 After an introduction to some body movements on and off the bike with the mallet and the ball, each team met the three others in short matches of 2 X 5 minutes each. 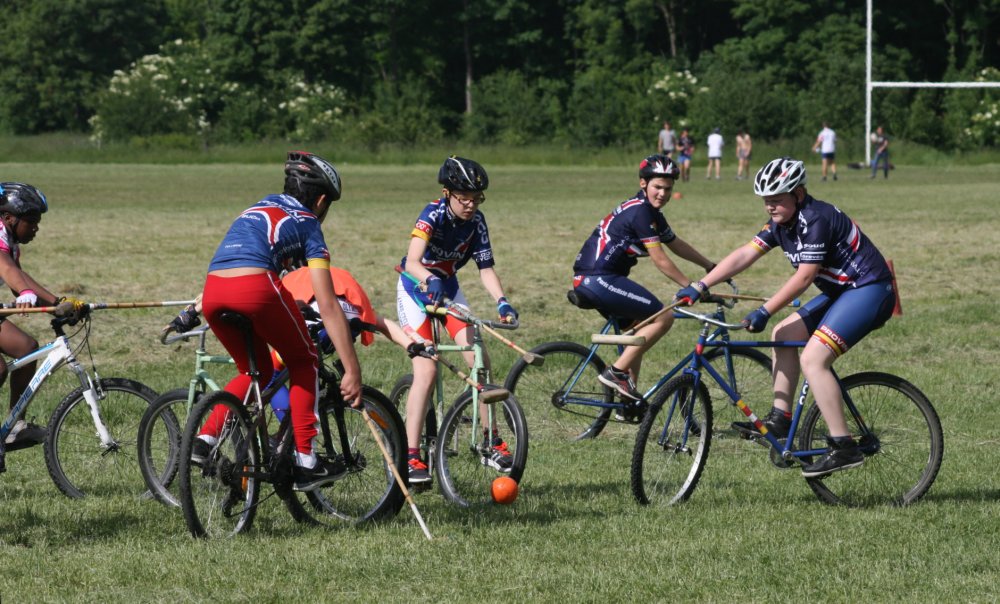 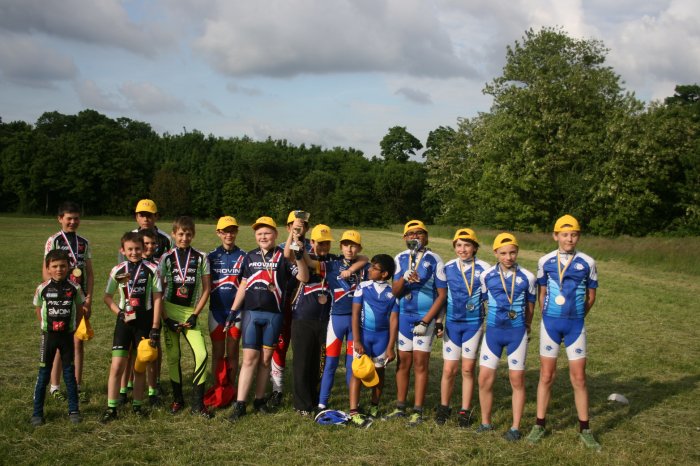